As founder and director of Strathclyde Harmonia, it has been a supreme pleasure each year to conduct this excellent band of singers who have become my life long friends.. 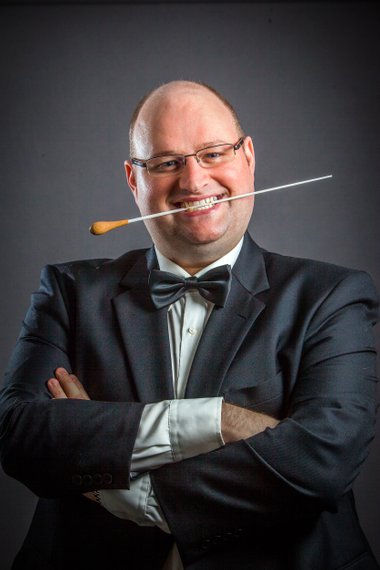 William More is a conductor, composer, teacher and performer.

As a chorister he has sung with the combined choirs of St. Peter's Basilica and The Sistine Chapel Choir, Vatican City and The St. Cecilia Choir, Rome, The RSNO Chorus, Glasgow Chamber Choir and the University of Strathclyde Chamber Choir having performed in Russia, Israel, Palestine, Switzerland, France, Italy, London and most of the cathedrals of the UK. He has also performed the solo role of 'Peter' in the British premiere of Swedish composer Fredrick Sixten's, 'A Swedish St. Mark Passion' with the composer present.

He recently completed a creative professional diploma and masterclass at the Kurt Thomas Cursus Choral School at the Utrecht University of Arts / HKU Utrechts Conservatorium, working closely with Mikhail Zemtsov and Louis Buskens, having gained experience from Sir James MacMillan, Alan Tavener, and Eamonn Dougan, having previously completed courses at the Univeristy of Oxford with Laurence Dreyfus, and the Royal Conservotoire of Scotland with Timothy Dean.

He has conducted ensembles such as The Elysian Consort and The Oratory Choir, London, The Edinburgh Early Music Choir and was Associate Conductor of Strathclyde University Chamber Choir and Musical Director of Erskine Stewarts’ Melville Community Choir. He has also acted as a casting advisor for Opera Bohemia for their productions of La Boheme and Madame Butterfly.

William is in demand as a animateur and conductor at both the grass-roots of music making and at the advanced level, offering bespoke choral training for groups seeking to develop their ensemble and choral skills.